Lead us not into temptation (Luke 11:4). (Today’s is the last in a brief series of meditations on the Lord’s Prayer.) James says no one can say God has tempted him; this request, then, is for God to keep us from situations where we might fall. It is a recognition of the dangerous, bait-riddled, sin-inducing nature of this world. If love of money doesn’t get us, perhaps the temptation to fit in with the crowd will.

Forgive us our sins (Luke 11:4). (We are continuing in our brief series of meditations on the Lord’s Prayer.) Jesus teaches us to pray daily (see previous post) for the forgiveness of our sins, assuming (as we ought to) that we have strayed from the mark each day. Sins are sins — they are not merely mistakes, flaws, personality, or “my truth versus your truth.” And every sin is against God ultimately, and so must be dealt with before God (Psalm 51:4)

Give us each day our daily bread (Luke 11:3). (We continue today in our brief series on the Lord’s Prayer.) The opening requests that Jesus models for us are about God — so like God they are majestic, huge, and inspiring. A lesson Jesus clearly means for us to learn in this prayer is that God comes first, and only when God is first does everything else matter or fall into place. However, the following pleas that Jesus himself places in our mouth are about us — and like us they are daily, mundane, unspectacular.

Your kingdom come (Luke 11:2). In my last post I began a series of brief meditations on the Lord’s Prayer. The prayer begins with the request for God’s name to be hallowed, followed immediately with the prayer for his kingdom to come. When we ask for God’s kingdom to come, we are reminded that not only is God’s name and glory to come first — but also God’s desires, his will, his purposes, and his authority. 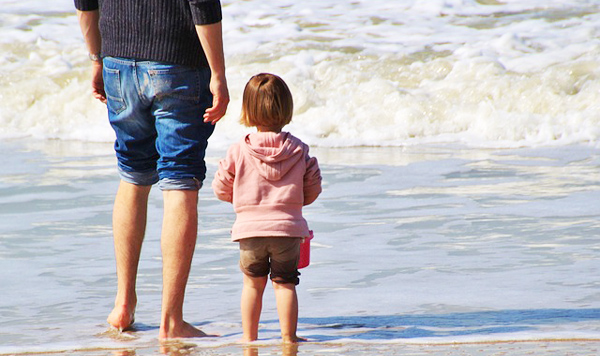 In Christ Jesus you are all sons of God, through faith (Galatians 3:26). At a men’s breakfast some time ago, I shared the following thoughts about what it means for God to be our father. If you are not a father it should bless, humble, and encourage you; if you are a father it should bless, humble, and inspire you to be a better father — a father more like God. Here are at least 15 implications from Scripture to the profound truth that God is our father: