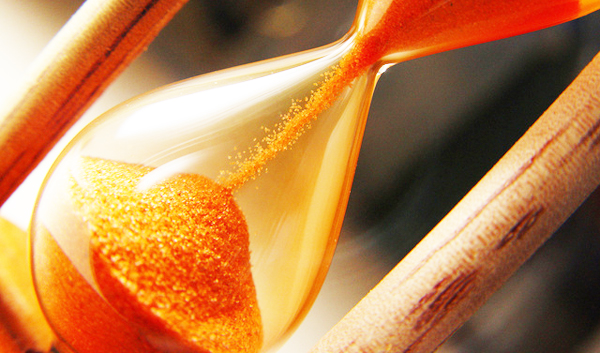 I am not what they call a math brain. Yet not long ago I stumbled upon an equation which thrills me now as much as it did when I first blinked at it with stupid awestruck eyes. It goes like this: 7 x 365 / 60 = 42.58. As I say, thrilling.

Really, it is. Here’s why: Let’s say you do an activity for seven minutes every day—and keep it up every day for a year. That’s forty-two and a half hours every year!

Why wasn’t I like them? Well, I told myself, I just didn’t have the time.

My first thought on discovering this was of Bible memorization. I, like many of us, knew I should be doing it; I even knew of some infuriatingly organized people with a perfect handle on life who seemed to have memorized verses for every exigency of Christian experience. Why wasn’t I like them? Well, I told myself, I just didn’t have the time.

But whatever our schedule, what this simple equation taught me is that there are hours of time for godliness lying all around me. I had missed these hours because I thought they came in bulk shipments, usually between the hours of three and six in the morning, sent by heavenly messengers to people with names like Thomas à Kempis.

Could the secret grail of those infuriatingly organized people who memorize Scripture really have been this simple all along?

Could the secret grail of those infuriatingly organized people who memorize Scripture really have been this simple all along? After using this method to memorize and meditate my way through Titus, I’m thinking it might be. And even though now, several months later, the epistle is beginning to slip from my mind, I comfort myself with the knowledge that I can now at least say I have forgotten a book of the Bible.

The productivity experts (from Solomon to Steven Covey) tell us time is gold. I never disagreed. What I somehow missed is that, like gold, you don’t find time by stumbling upon solid gleaming sixteen-ounce blocks as you trip through life.

You get it by sifting out a hundred odd flecks and specs and fragments found beside a lot of boring dirt. But you keep at it. And before long, you have amassed a fortune.