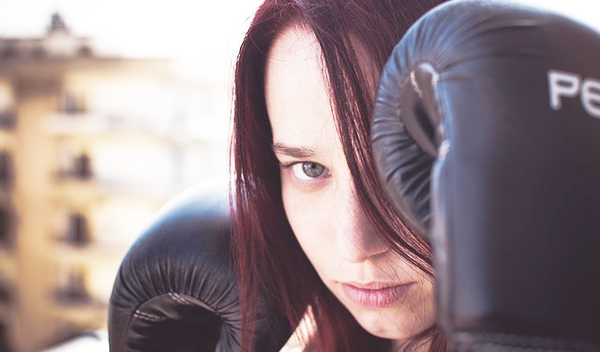 I discipline my body and keep it under control, lest after preaching to others I myself should be disqualified (1 Corinthians 9:27).

Paul, writing to the church at Corinth to correct their problems, confesses that he himself has to be careful to avoid sin. In fact Paul intimates he goes to great lengths — disciplining his body, keeping himself under control — to avoid the pitfalls of willful sin. But why? Did Paul not believe in the perseverance of the saints, or in the eternal security of believers? Of course he did, his teaching is in large part why we believe these doctrines (Romans 8:32-34). But Paul took conscious sin in his life seriously, because God takes it seriously.

Every conscious, willful act of disobedience is a step down the road that leads to, that ends in destruction. To the one who walks in willful rebellion against God, rather than by faith in Jesus Christ, the Bible only warns of destruction.

To the one who walks in willful rebellion against God, rather than by faith in Jesus Christ, the Bible only warns of destruction.

Put another way, no Christian should ever say to him or herself, “I can get away with this sin because I can always repent and be forgiven down the road.”

Put another way, the Bible never says, “Go ahead and sin, because you’re safe as long as you are a Christian.”

Put yet another way, no Christian who says, “I am willfully committing this sin but I am safe because Jesus died for me,” is not listening to the Bible, does not have the spirit of Paul. Paul says, “I discipline my body and keep it under control, lest … I myself should be disqualified.”

The Corinthian church was full of sophisticated, well-taught, extremely-gifted, baptized people who regularly sat at the Lord’s Supper. Yet, Paul goes on to warn them, “Let anyone who thinks that he stands take heed lest he fall” (1 Corinthians 10:12).

You are never so mature or strong that you can walk away from God and survive.

Some of the Christians at Corinth thought they were so “spiritually mature” that they could participate with their pagan neighbors in their pagan pursuits and not be negatively affected – after all, we are “free” and ”safe” in Christ aren’t we? But Paul warns in no uncertain terms that it doesn’t matter how dramatic your testimony is, or how long you have been a church member, or how many gifts you are contributing in Christian service — or even how many sermons you’ve preached, like me — you are never so mature or strong that you can walk away from God and survive.

So, Christian, listen to Paul’s personal determination to keep from falling short of the prize. Take heed to his warning to the careless Corinthians. Guard yourself against willful sin by running to Jesus Christ each day in repentance and confession.