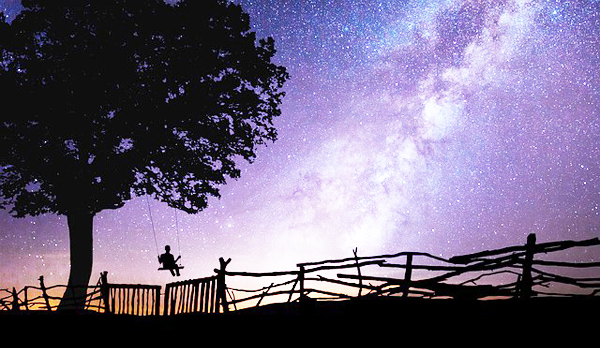 The creation is singing and dancing the praises of its Maker so clearly and so loudly, that Paul says everyone is “without excuse” when they ignore what is “clearly perceived” (Romans 1:20). The fine-tuning of this massive, marvelous, intricate universe we live in is just one of many ways that the creation is declaring the existence and glory of its Creator.

Yet the effort to suppress the truth (Romans 1:18) continues in every generation, in a variety of ways. It is therefore all the more remarkable that the very efforts to define the universe in purely secular terms continually result in bringing up discussions about a divine being, about the unlikeliness of our existing in a purely random world, and about the “absurdly finely tuned universe.”

The creation is singing and dancing the praises of its Maker.

An article by physicist Dave Goldberg can be added to the pile of arguments that actually support a divine design behind the universe, although written by an unfriendly source! Here are just a few excerpts:

You’re almost unfathomably lucky to exist, in almost every conceivable way. Don’t take it the wrong way. You, me, and even the most calming manatee are nothing but impurities in an otherwise beautifully simple universe. . .

Your existence wasn’t just predicated on amorousness and luck of your ancestors, but on an almost absurdly finely tuned universe. Had the universe opted to turn up the strength of the electromagnetic force by even a small factor, poof! Suddenly stars wouldn’t be able to produce any heavy elements, much less the giant wet rock we’re standing on. Worse, if the universe were only minutely denser than the one we inhabit, it would have collapsed before it began.

The symmetry of the universe would bake us in no time at all, but an asymmetry rescues us. Kepler recognized that for the sky to be dark at all, the universe must be “enclosed and circumscribed by a wall or a vault.”

And so it is. That vault is the beginning of time.

The worst impediment to our existence is still to come. It seems only a matter of luck (and some fairly arbitrary-looking math) that a symmetric universe would end up being remotely hospitable to complex creatures like us.

Without electrons binding to protons, there would be no chemistry, no molecules, and nothing more complicated than a cloud of charged gas.

You can read the whole article, which is very interesting, here.